Coffee is a complex chemical mixture comprised of coffee beans. It is one of the most ubiquitiously consumed beverages due to its specific aroma, taste and biochemical and psychoactive properties. 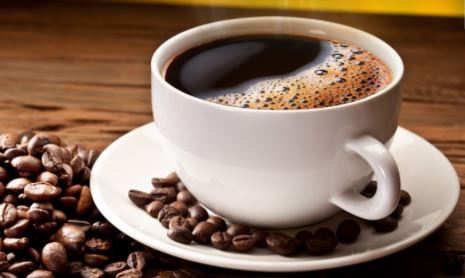 The main coffee compound is caffeine (trimethylxanthine) which represents and adenosine receptor antagonist. It is present as well in tea and energy drinks.

The important fact is that caffeine does not deposit in the body tissues, but is eliminated through the urinary system after 3-4 hours upon its intake.

In the vast majority of epidemiological studies it has concluded that coffee consumption could prevent certain chronic diseases such as diabetes mellitus type II, artherosclerosis and neurodegenerative disorders and liver cirrhosis. On the negative side, it may be the causative agent of high cholesterol levels, high blood pressure and certain neurological impairments, if consumed in larger amount.

It is known that caffeine may pass through all types of membrane due to its hydrophobic attributes.

In a recent meta analysis it was concluded that moderate coffee consumption lowers the risk of chronic cardiovascular disorders. (2)

In individuals that are slow caffeine metabolizers (CYP1A2 genotype), the risk for myocardial infarction is higher in case of high intake of coffee.(3)

According to the recent studies, it has been concluded that moderate coffee consumption ( 3-5 cups of coffee per day providing 300-400 mg/ day of caffeine) may strengthen and improve the quality of human DNA.

Phenol compounds in coffee such as chlorogenic, caffeic and ferulic acid are the most potent antioxidant substances. (5)Their effect is to neutralize reactive oxygen species that damage proteins and DNA.

In that way, they are able to prevent the onset of cancer, heart disorders, diabetes, neurodegenerative disorders and premature aging. Dihydrocaffeic acid ( DHCA) inhibits the lysis of vitamin E contained in endothelial cells.(6)

Coffee beans are rich in dietary fibers – cellulose, type II arabinogalactan and galactomannan that are not digestible.

This type of nondigestible polysaccharides are not metabolized or changed in the digestive system, therefore are a major component of dietary fibers.

A number of studies has shown that coffee may decrease the risk of liver diseases such as cirrhosis in 44% of cases due to its antioxidant and antiinflammatory effects.

The lower serum level of liver enzymes (AST, ALT, GGT) is in correlation with the moderate coffee consumption. (9)

Decreases The Risk Of Liver Cancer

Recent studies have shown that moderate coffee consumption may decrease the risk for the hepatocellular carcinoma.

Risk Of Dementia And Alzheimer’S Disease

Novel studies show that coffee is a potent stimulator of the brain functions. Due to caffeine effects and overall antioxidant potential of coffee, it may be preventive and protective in the onset of dementia and Alzheimer’s disease. (10)

High caffeine serum levels may reduce the inflammation in the brain tissue in the adult over the age of 65.In Alzheimer’s disease, there is an accumulation of ß-amyloid andtau protein. Being an adenosine receptor antagonist, caffeine inhibit certain receptors in brain tissue that are responsible for tau depositions.

Aside from the brain stimulation, there is certain evidence that 2 to 4 cups per day of coffee may decrease the symptoms of depression and suicide risk.

There is a well-established evidence that coffee consumption may have neuroprotective effect in the Parkinson’s disease and even could improve certain motor deficits. (11)

High consumption of coffee is associated with decreased multiple sclerosis risk. (12)Caffeine acts neuroprotectively, thus suppressing the production of proinflammatory cytokines that are key substances in the pathogenesis of multiple sclerosis and its clinical course.

Endogenous opioids regulate certain emotions such as pleasure, mood and drive control areas in the brain, and act as drugs.

Opioid antagonists may prevent the relapse in alcoholism as well as in other addictions. The moderate coffee consumption is in positive correlation with the duration of sobriety.

Adenosine is responsible for the basic sleep process and it slows down the activity of neurons.Caffeine is a potent adenosine antagonist and its function is to stabilize membrane cell activity. It as well prevents cellular damage in various tissue insults such as oxidative stress, excitotoxicity.

Coffee is known to be mild diuretic.

It may prevent the onset of diabetes type II due to antioxidants that prevent the tissue injury via oxidative radicals.

Coffee contains magnesium and chromium that regulate the insulin metabolism, therefore contributing to the glucose regulation.

Caffeine helps the body burn fat instead of carbohydrates.

Lowers Risk Of The Heart Arrhythmias

In individuals with heart arrhythmias, coffee consumption is not linked with the progression of symptoms.(15) Nevertheless, it has been noted that moderate caffeine intake is safe in patients with diagnosed arrhythmias. (16)

The antioxidant capacity in coffee could be responsible for the beneficial effect in the arterial blood vessels, thus lowering the incidence of plaque formation.

Dihydrocaffeic acid has protective and reparative role in endothelial dysfunction.

Coffee consumption has been linked to lower incidence of colorectal cancer. Caffeine and polyphenol are antioxidants, therefore affecting positively on the bacterial flora and peristalsis in the intestine and reducing the inflammation and possible mucosal damage. (19)

It has been noted that individuals that consume 2-3 cups of regular coffee per day have a 20% decreased risk for gallstones.

The mechanism may be due to the fact that caffeine stimulates the gallbladder to contract and to eliminate cholesterol and bile type stones.

Caffeine is a mild psychomotor stimulant. Its effects in the brain are achieved via blockage of A1 and A2 adenosine receptors.

At the same time, caffeine induces alertness, uplifts mood and increases the sense of well-being as well as motivation and socialization.

Possible Side Effects Of Caffeine

Elevated blood pressure (BP) is a risk factor for the development of cardiovascular disease and may be exacerbated by regular consumption of coffee. (21)

Regular coffee contains caffeine that elevates blood pressure and the stimulates the secretion of adrenalin. (22)