Metrorrhagia is an unusual bleeding in females that occur between periods. It is not associated with normal menstrual bleeding. Many women call this condition spotting1. 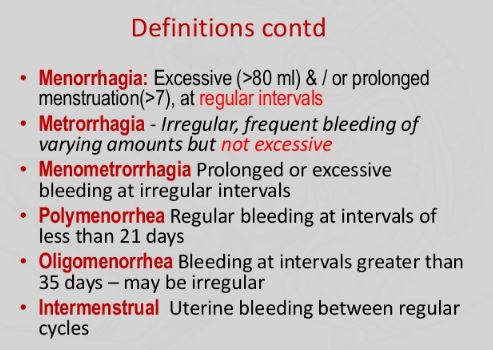 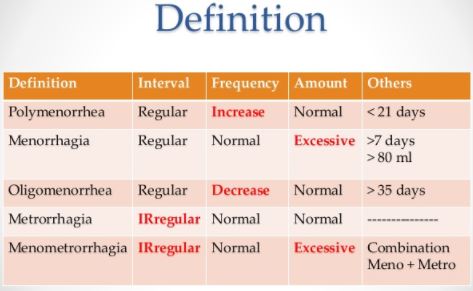 What is Menstrual Period?

Every month, the uterine wall of a female becomes thick as it accumulates extra blood in preparation of a potential fertilized egg. When an egg is fertilized by the sperm, it implants itself on the uterine wall, develops into an embryo, fetus and then the baby. While on the other hand, the egg which is not fertilized does not implant in the uterine but it is removed through menstrual bleeding.

During menstruation cycle, a hormone-like substance called prostaglandins triggers the uterine to contract. The uterine walls shed blood which is removed through the vagina.2

Metrorrhagia can be caused by numerous factors such as:

This is where a woman skips ovulating. Normally, during ovulation, a woman produces an egg. The Progesterone hormone release is triggered by the egg and it helps a woman keep the regular periods. However, during anovulatory cycle, the ovarie release little progesterone hormones which may cause heavy bleeding. This is not normal bleeding as most women may think.6

These are conditions that affect the thyroid gland. A thyroid gland is a butterfly like organ found in the neck. It is used to produce thyroid hormones that control metabolic processes in the body.

These disorders may affect the function or the structure of the thyroid gland. The thyroid gland is controlled by the hypothalamus and pituitary gland found in the brain.

The following are some thyroid disorders:

Hypothyroidism may cause excessive or prolonged bleeding in women. It may also lead to fatigue, joint and muscle aches as well as depression.

This condition is characterised by excess production of thyroid hormones. Hyperthyroidism raises the rate of metabolism. It can be caused by too much Iodine in the body.

Ovaries are female reproductive organs. They are found in the lower abdomen on both sides of the uterus. Women have two ovaries which secrete an egg as well as progesterone and estrogen hormone. In some cases, a fluid-filled sac may form on one of the ovaries; this is known as a cyst. Cysts may not be painful and most women may have at least one during their lifetime.4

Candida are present in women vaginas and do not cause problems. For an infection to occur, the normal population of yeast and bacteria in the vagina should be disrupted. This allows yeast to reproduce and become more in the vagina leading to an infection. Yeast can spread through sexual intercourse but Candidal vaginitis is not considered a sexually transmitted infection.

Vaginal yeast infection can occur due to some medications that affect the population of bacteria and yeast in the vagina. Antibiotic and immunosuppressive drugs can cause yeast to multiply which in turn attack the vaginal lining leading an infection.

Injury to the vaginal lining especially after cancer treatment procedures such as chemotherapy can cause an infection.3

Other causes of metrorrhagia include:

There are various methods and tests that can be used to diagnose metrorrhagia. They include: 1

Metrorrhagia can be successfully managed when underlying causes are treated effectively. Treatment options depend on the cause and they include1: