What is Catatonic Schizophrenia?

When you talk of catatonic, it is a term used to refer to a set of symptoms a patient is likely to develop when they suffer from schizophrenia. A patient having catatonic schizophrenia may show little moves when prompted to do so or they do not respond to instructions. 1,2,3,4

In extreme cases, the individual may show symptoms like motor activity, which are considered peculiar or excessive. For example, a patient may mimic sounds something known as echolalis or mimic movements, also referred to as echopraxia. If a patient is showing motor activities like these, it is called catatonic excitement. 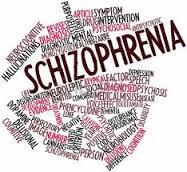 Catatonia happens in some individuals who have schizophrenia and the symptoms may involve flipping between under-activity and hyperactivity. The risk factors for this condition may be same as those for generalized schizophrenia. A number of treatments exist for catatonic schizophrenia and a doctor will be able to identify the right treatment option to take.

An imbalance in dopamine, which is a neurotransmitter responsible for the regulation of movement and emotional responses in individuals may be involved. Researchers believe that the imbalance in dopamine may arise due to gene related problems. Other researchers say that serotonin, another neurotransmitter may also be involved in the case of catatonic schizophrenia.1,2,3,4

Individual having catatonic schizophrenia may be show signs like flipping between excessive and reduced motor activity. The clinical features inherent in people having catatonia may include the following:

For an individual to be diagnosed with catatonic schizophrenia, they need to exhibit at least one of the above clinical features in addition to meeting some other schizophrenia clinical presentations.1,2,3

A doctor may order a series of tests that will help in diagnosing a patient with catatonic schizophrenia. The tests and procedures may include: 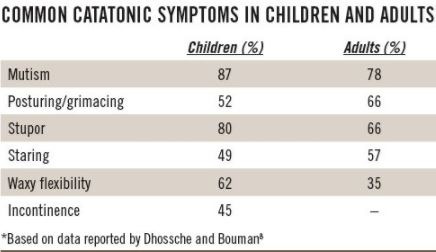 A doctor will look at the weight, height, heart rate, temperature, and blood pressure of the patient. The doctor may also listen to lungs and heart and examine the abdomen.

A doctor may order for a CBC test to check for drugs and alcohol as well as thyroid function.

This test is used to check the functioning of the brain.

A patient may be given medications such as benzodiazepines, which act as tranquilizers. Benzodiazepines are fast acting and can be intravenously administered ( injected into a vein). However, there is a risk for the patient developing dependency on the drug if it is used for a long time.

Other medications include barbiturates, which act as sedatives or depressants. Barbiturates help suppress the central nervous system and their effects may come with mild sedation or even total anesthesia. These medications can relieve the catatonic symptoms rapidly. Also, when used for extended period of time, they could lead to drug dependency. A doctor may also prescribe antidepressants as well as mood stabilizers.

Other forms of treatment include:

A patient that does not seem to respond to other forms of treatment like medications may need ECT. An electric current is usually sent through the patient’s brain to help produce controlled seizures or convulsions. In this treatment procedure, it may bring about short term effects such as memory loss.

A patient may need to be hospitalized when they have severe cases of the condition. In the hospital, a patient will have access to better sleep, proper nutrition, and hygiene.

A patient may need help to live independently. This is important during the recovery of the patient. Patients are taught how to communicate better, prepare nutritious food, and have good hygiene.

This means taking the right medication in the right doses, and at the right time. Patients with schizophrenia may have difficulties in taking their medication and this could impact their lives and those of other people close to them.1