Cyclopia is a condition where a person has a single eye. The single eye is found at the central place which is normally occupied by the base of the nose. In most cases the nose may be missing or it may be present as proboscis located at the top of the eye. Proboscis is an extended attachment from the head1.

Cyclopia is a birth defect condition. It is a form of developmental disorders, which are caused by holoprosencephaly. Holoprosencephaly is a common congenital disorder of the brain which affects features in the face; it causes eyes to be closely spaced, forms clefts on the top of the mouth and lips, it makes the head to be small in size. Holoprosencephaly affects individuals differently and most of the infants born with these defects are sometimes naturally aborted1, 2. Holoprosencephaly occurs when the forebrain of the embryo fails to develop well. Normally, the forebrain is formed and the face starts to grow between the 5-6 weeks of pregnancy3. When the embryo’s forebrain fails to split to form the right and left sections of the brain, it leads to developmental problems in the brain structure and face.

The word cyclopia originates from Greek methodology where a giant known as Cyclops had one eye.

Cyclopia can result from the following causes:

Cyclopia is believed to be as a result of genetic defects during developmental process where the embryo divides into two. Some medical researchers associate the genetic defects to patau syndrome. Patau syndrome is marked by an individual having three chromosomes rather than the required two.

Patau syndrome is not common but is the most severe of autosomal trisomies. It is caused by an additional copy of chromosome 13. This syndrome is usually identified at birth when individual present poor neurological performance and structural birth defects. The clinical presentation of this condition varies widely among the affected infants. However mental problems are a consistent feature of this syndrome. Others include heart abnormalities, formation of clefts in the face, neural tube defects, among others.

As mentioned above, patau syndrome results from an extra copy of chromosome which occurs at birth and transmitted to every cell in the body. In normal development, two chromosomes are needed and an extra one is usually dangerous to embryo development. The exact process by which chromosomal trisomies affect developmental process is not known. However, many medical studies have paid greater attention to trisomy 21 as the basis of autosomal trisomies.

Babies born with patau syndrome can survive for an average of 2.5 days after they are born. Only one out of 20 babies may survive up to six months. Reports have also indicated that some babies survive into their teens and fare on well than expected.

People with patau syndrome die due to the following:

There are some drugs that can cause cyclopia. One of these drugs is cyclopamine. Cyclopamine is a steroid alkaloid that contains teratogen which is responsible for birth defects. It prevents the embryo from splitting into right and left parts of the brain and lead to development of one eye. Cyclopamine works by inhibiting signal transmitting pathways in cells by disrupting the balance of passive and active forms of proteins in the cells. These pathways are used by cells to transmit protein signals so as to response to external chemical signals. These pathways also play crucial roles in embryo development and when there is a problem, it may lead to birth deformities. Apart from causing cyclopia, cyclopamine contains anticancer properties which can be used to treat cancer.5

Consumption of alcohol has been associated with developmental defects at birth. In the United States, studies have revealed that alcohol such as wine, beer or liquor is the principal cause of birth defects and other developmental deformities.

Drinking alcohol during pregnancy is heavily linked to birth defects. In fact, Fetal Alcohol Syndrome is now used to describe birth defects that occur due to alcohol consumption during pregnancy. Pregnant women who drink on average more than five drinks a day are more likely to experience Fetal Alcohol Syndrome. Although any amount of alcohol can be fatal to the development of the fetus.6

Drinking alcohol can result in the following birth defects:

Infants with fetal alcohol syndrome are born with smaller heads than the normal size, flat nose and face.

This is where the brain of the infant does not develop properly. It also implies that the brain of the infant is not able to function within the standards of both adaptive and intellectual functioning. Mental retardation may be mild, moderate and severe. A baby that has mental retardation will have difficulties in recalling things, thinking logically, talking and learning. The infant also is very aggressive, easily frustrated, have low self-esteem, anxiety or depression, etc.

Alcohol drinking mothers usually give birth to babies who are physically smaller than the normal babies.

Pregnant women who drink alcohol are able to pass it to their unborn child. This affects the proper formation and growth of the unborn baby’s organs. Organs mostly affected include heart, muscles, joints and genitals.

Pregnant woman with diabetes may expose the unborn baby to high level of blood sugar throughout the pregnancy. This can occur in two ways: high blood sugar can be noticed at the first time during pregnancy, which is called gestation diabetes; or some expectant women had type 1 diabetes before being expectant.

When diabetes is poorly regulated during pregnancy, the unborn child will be exposed to high blood sugar. This may affect both the mother and the baby during and after birth. Babies born to diabetic mothers are normally bigger than other infants and as result they may not pass through the birth canal. In some uncontrolled diabetic cases, an expectant woman may have miscarriage.7

Cyclopia may diagnosed by use of ultrasound to look for abnormalities in internal organs. Sometimes the Magnetic Resonance imaging scans of the head may be conducted to find out problems in the brain.1

There is no cure for cyclopia. However, cyclopia can be prevented by avoiding alcohol during pregnancy. An expectant mother should go for regular checkup in order to prevent such types of births. 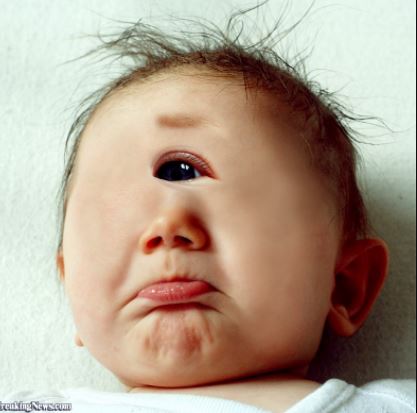 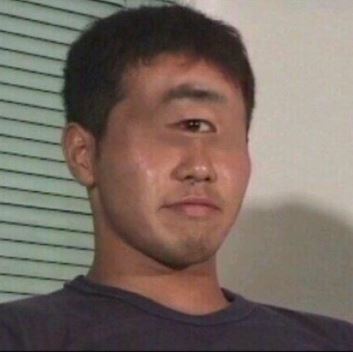